There's nothing like a friendly fashion face-off and this one is lots of fun! Both Eva Longoria and her good friend Courtney Lopez were spotted in the exact same Ieena Duggal cocktail dress. Courtney wore the dress first back at Eva's May wedding in Mexico and it appears Eva was such a fan that she decided to take her turn with the dress, wearing it on the red carpet at the 13th Annual Dubai International Film Festival this past weekend. Both ladies looked spectacular so we'll leave the judgement up to you - WHO WORE IT BEST? 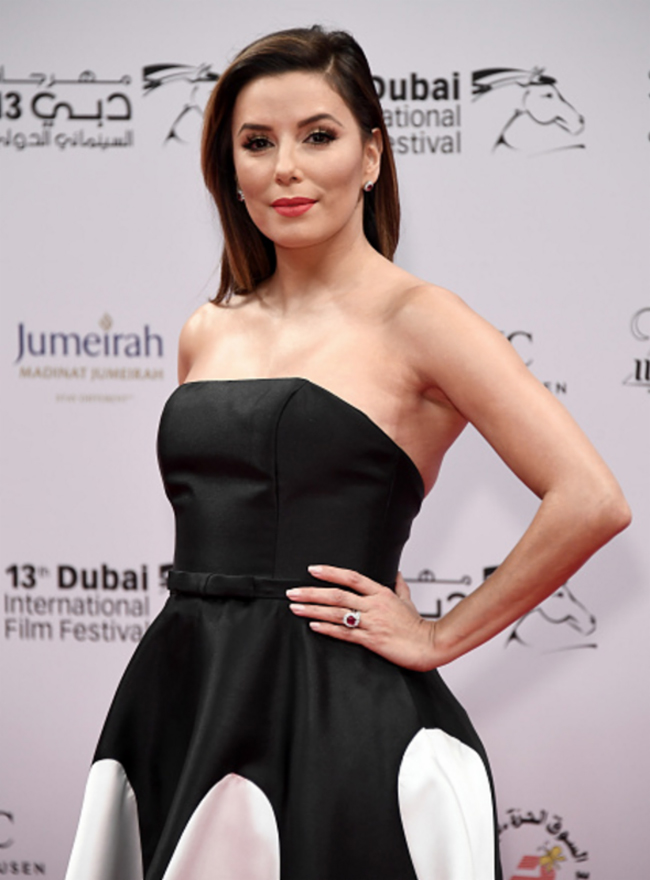 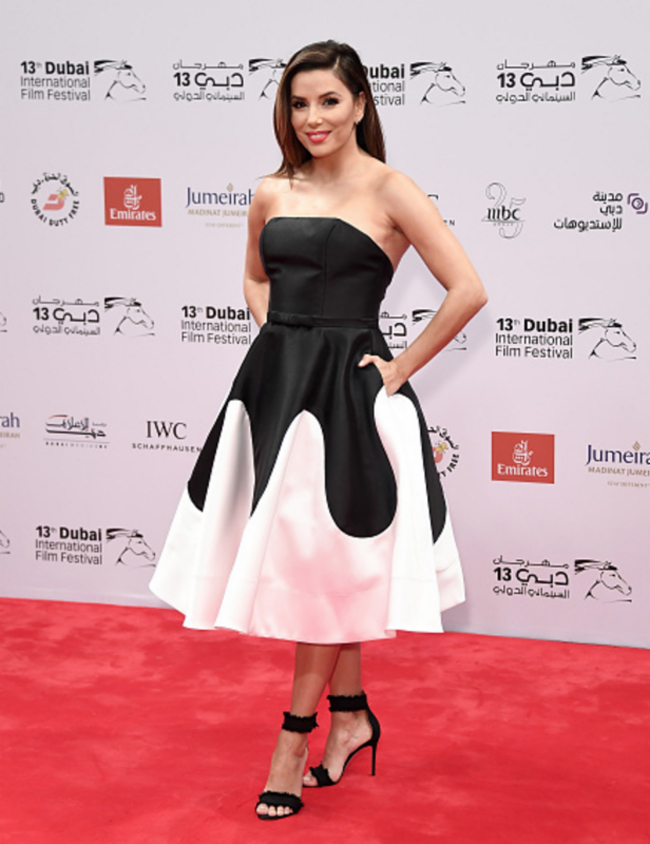 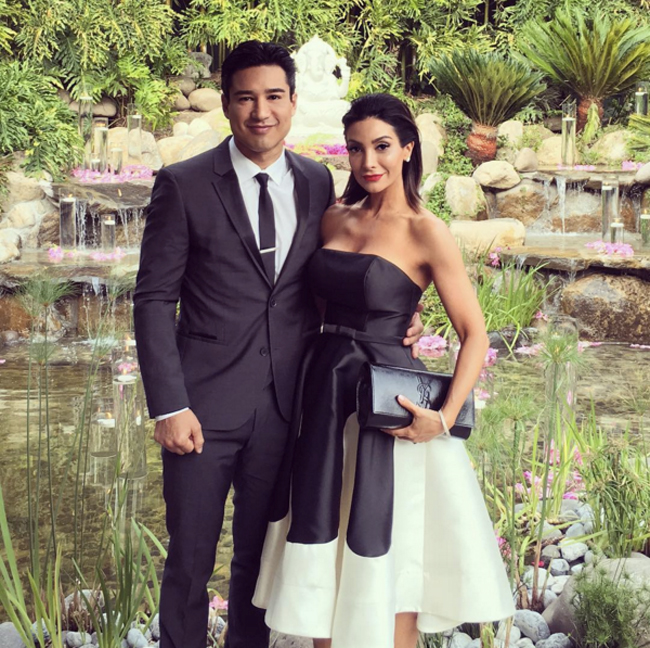 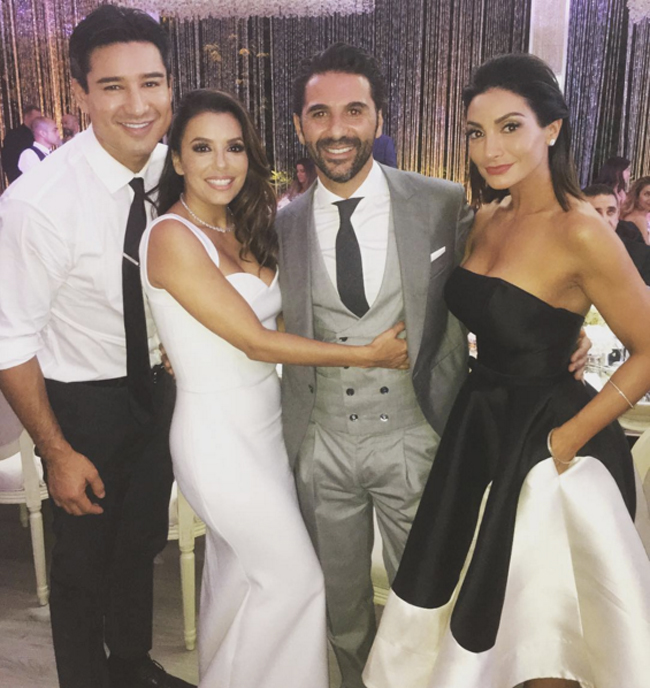 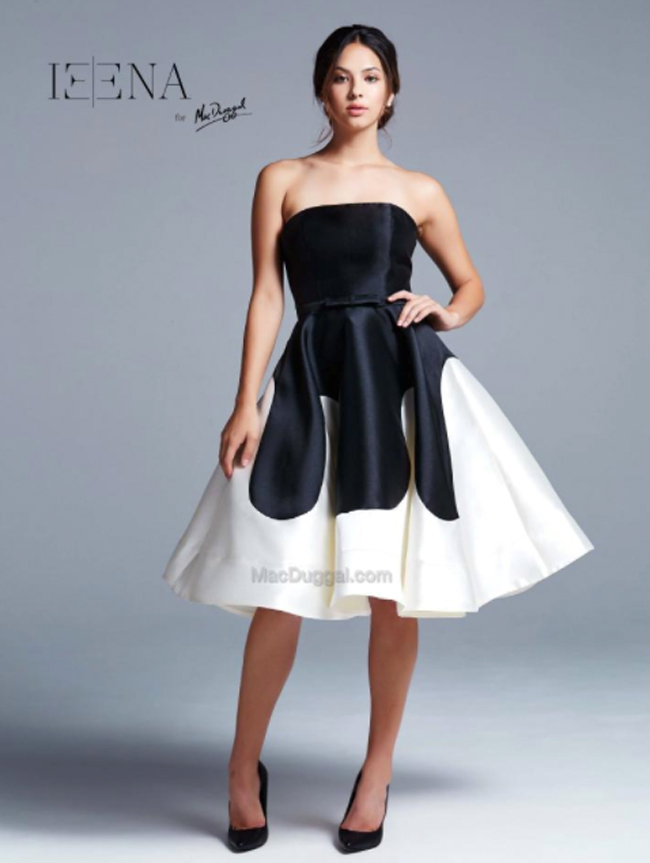 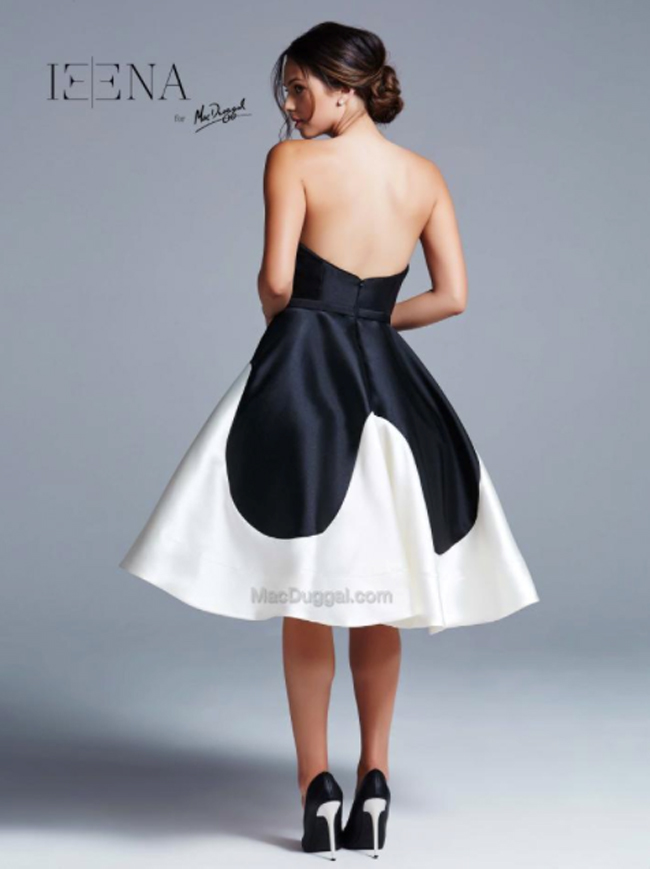 ABOUT IEENA DUGGAL:
From a young age Ieena Duggal would follow her father, Mac Duggal, around at work and be enthralled by his creations. She would spend endless hours going through Mac Duggal catalogs and magazines and day dream about wearing the beautiful garments. As she got older, her dreams shifted from wearing the gowns to creating them. Ieena's first collection debuted in 2015 and was designed for every woman. She loves seeing the spectrum from youthful girls to refined women wearing her designs. Traveling and seeing new places and cultures inspires her designs. To her, choosing which fabrics, colors and textures to use in executing her designs is equally as rewarding as viewing the final product. One philosophy she lives by is to 'embrace change'. While her creations stay true to the Mac Duggal standards for quality and luxury, Ieena's designs have a signature all her own - a mesmerizing blend of edgy modernism and classic sophistication and grace.