WHITE has boosted the June edition thus reaching 300 brands, thanks to important partnerships and to the success of the MAN & WOMAN formula. The trade show is the only trade-fair capable of showcasing the womenswear previews during the menswear fashion week. Special Guest of the show is POAN, which will tread the catwalks thanks to the collaboration with CNMI, while the Slovakian NEHERA is the woman precollections Guest Designer. Synergies with showrooms like Tomorrow for the Athleisure, Six London, Baltimora Studio and The Alphabet. Special projects with companies like Casadei, which will launch its capsule collection, Momon?, with a special area, Ramponi and Albini Group for the shows. 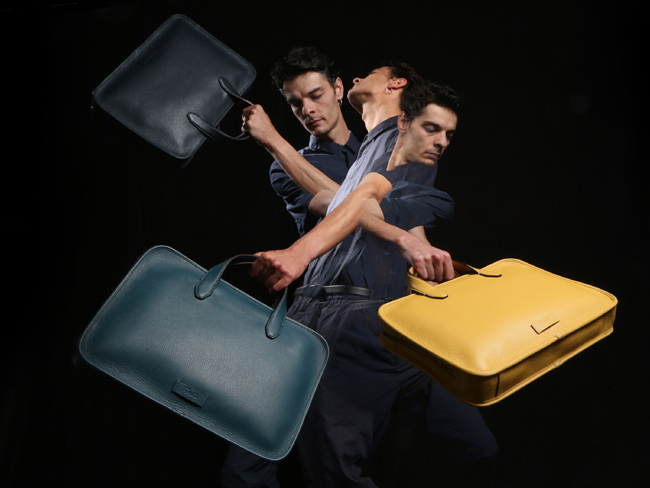 From 17th to 19th June 2017, WHITE MAN & WOMAN, the contemporary fashion trade show under the aegis of the Municipality of Milan, is back on stage at Tortona Fashion District with 300 brands in the two locations: Tortona 27 Superstudio Pi? and Tortona 54 Ex Ansaldo. WHITE represents the ideal marketing-oriented platform for medium-sized and big-sized Italian and international fashion businesses, like Albini Group, Casadei, Fragiacomo and Ramponi, which have chosen the trade show owning to its special projects. WHITE has been the first to believe in the pioneering formula of showcasing the menswear and womenswear collections together, as it is currently starting to happen also on the international catwalks. The trade show is the only Italian event to have believed in the phenomenon of the women’s pre-collections, launching an ONLY WOMAN section endowed with a dedicated layout, with the previews of this increasingly important segment of contemporary fashion. The woman precollections Guest Designer is NEHERA, a legendary Slovakian women’s apparel brand in Eastern Europe. Born in 1930 from the creativity of Jan Nehera, the brand was re-launched in 2014 and has immediately become a constant presence in the calendar of the Paris Fashion Week. The other protagonists of this section are Aalto, Tuomas Merikoski Finnish label finalist at the prestigious ANDAM award and present at WHITE for several editions; P.E Nation, athleisure brand for women, founded by designers Pip Edwards and Claire Tregoning, designers of a dynamic sort of aesthetics: something in between urban casual and sportswear – VA Victoria Andreyanova, prominent designer from the former Soviet Union. An increasingly important womenswear area also thanks to showrooms like Six London with cutting-edge footwear brands like Markus Lupfer, Opening Ceremony, Swear London and Toga Pulla, to mention just a few. 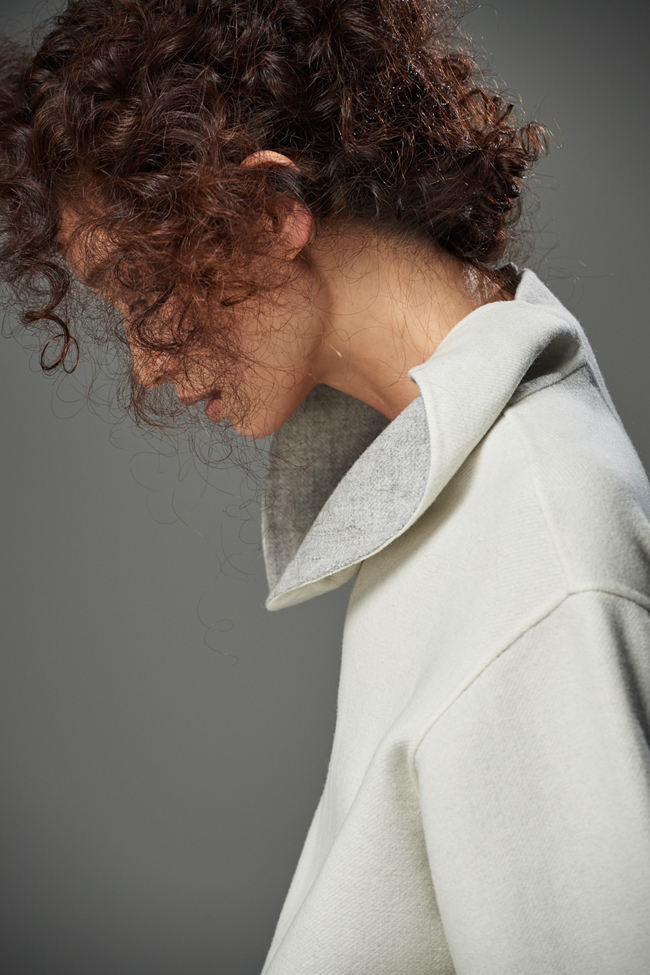 "The growth of this trade show - so Massimiliano Bizzi, Founder of WHITE – goes to show that also the contemporary businesses are betting on the early presentation of the womenswear collections, an absolutely winning strategy, to then complete the sales campaign in September in a brand-new Milan, thanks to the important agreement MISE - Ministry for Economic Development – has clinched, allowing to hold all the fashion trade-fairs during the fashion week. This will lead to an important increase in the number of international buyers, consequently WHITE, the reference trade-fair, has extended its calendar by one day".

In order to better identify the marketing-oriented role of the trade show a new collaboration format has been launched: “SHOWROOM CONNECTION @WHITE”, which aims to promote the showroom through a targeted strategy, so as to favour the presence of buyers who can see the brands and the novelties of the trade show and finalize the order in the showrooms. A virtuous exchange, considering the incoming of buyers at the trade show and the several showrooms representing an absolute creative and economic resource for Milan, the capital of distribution. Sitting in the very heart of Tortona Fashion District, WHITE is the reference trade show that, by means of special areas and projects, events and guest designers, wants to create a network to make the city increasingly dynamic and international. The project SHOWROOM CONNECTION @WHITE aims to create a hands-on cooperation with the show to promote the showrooms and their brands through dedicated marketing and communication services, like the connection between the trade show and the showrooms to facilitate the buyers’ transfers, the promotion of the showrooms within the fair, the visibility across all channels, like the APP, the website and WHITE’s magazine, as well as a series of important international media partners, who have been involved to promote the project. 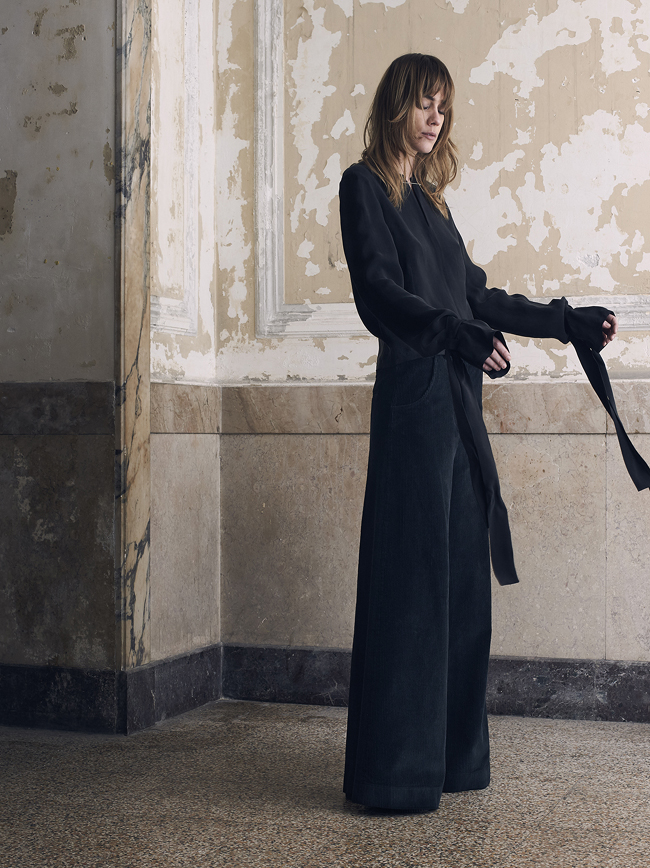 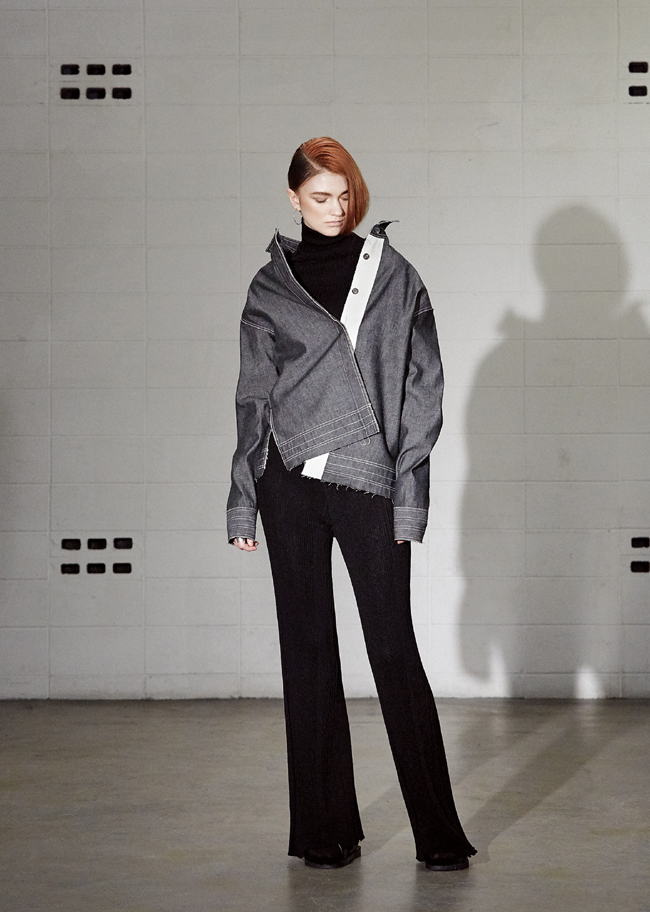 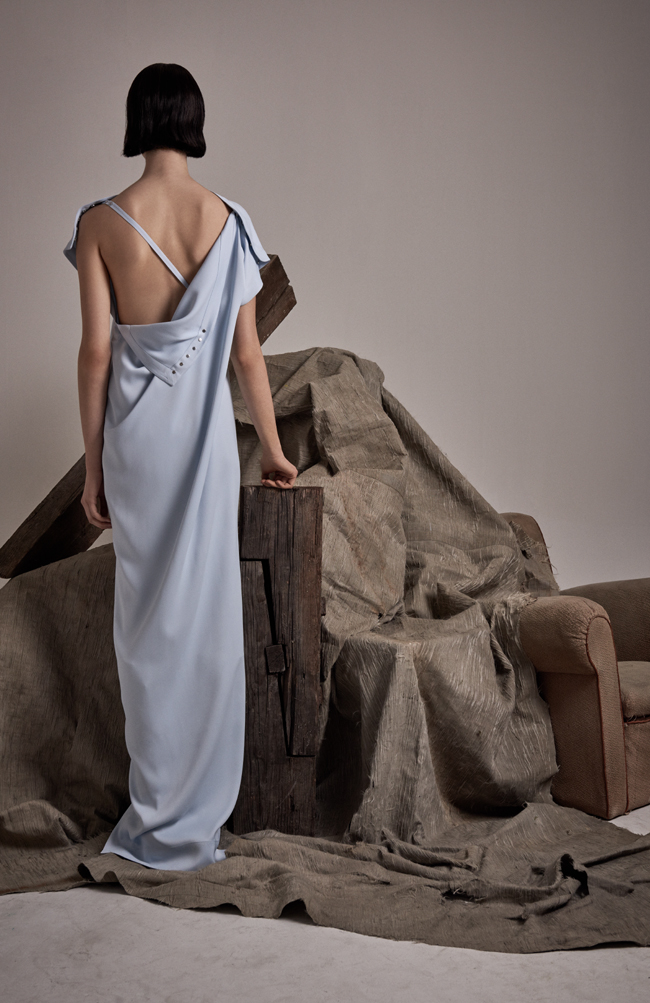 This new format has been welcomed by several prominent footwear manufacturers like Casadei and Fragiacomo, which have chosen the trade show for the launch of their collections.

"We are enthusiastic about our participation with WHITE in a project that embodies all the values that we both cherish with great passion and pride: quality, research and innovation. This shared pioneering vision is focused on supporting the craftsmanship excellence that has made the Made in Italy respected and valued globally" so Cesare Casadei, creative director of brand. With 59 years of history and with a forward-looking attitude, Casadei has created a capsule collection for modern-day women: respectful of the traditions, but instinctively projected towards the search for new aesthetic codes.
"It is a great honor to be able to expose these unique and exclusive styles in the 90 square meters area that the trade show has dedicated us within the format SHOWROOM CONNECTION @WHITE" . Federico Pozzi Chiesa, President and CEO of Fragiacomo, brand that for over 60 years has been celebrating the craftsmanship, quality and exclusivity of the Made in Italy has commented: "The path we have taken this years, which has involved the revamping of Fragiacomo heritage, can now add a new stage thanks to this synergy with WHITE, of which we appreciate the positioning as well as their ability for internationalization. We are absolutely confident that this is the best showcase to display all the work done in terms of product and style". 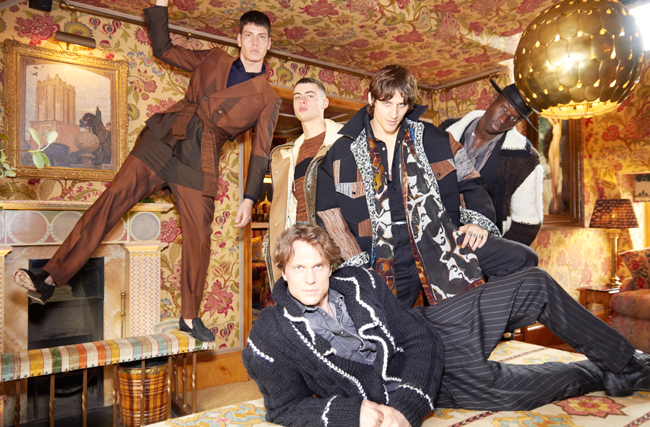 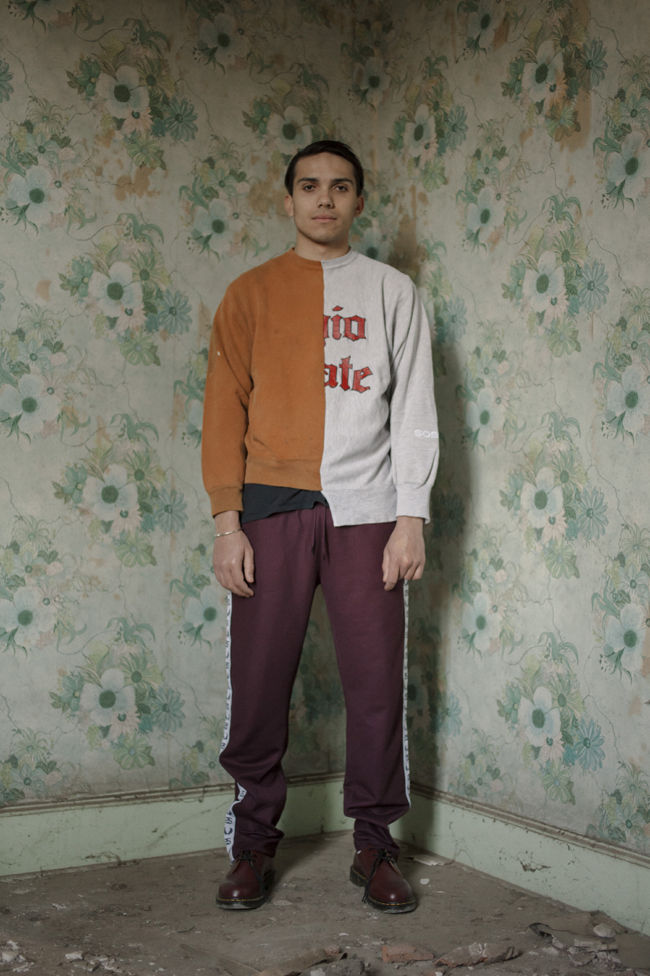 In keeping with this synergy with the showrooms, Momon? is coming back. After experiencing the efficacy of this formula in January, it will be present in June with a new installation to launch the S/S 2018 collection, which is inspired from a couple of artists valued for their free and creative mindset: rock poetess Patty Smith and Bloomsbury group’s painter, Vanessa Bell. Together in a rare exhibition in London, they have been the icons Monom? has drawn from. The outcome is a bohemian style, juxtaposed with male elements to forge an absolutely iconic and recognizable Momon? look, thanks to its artistic flair and the numerous possibilities to mix and match. 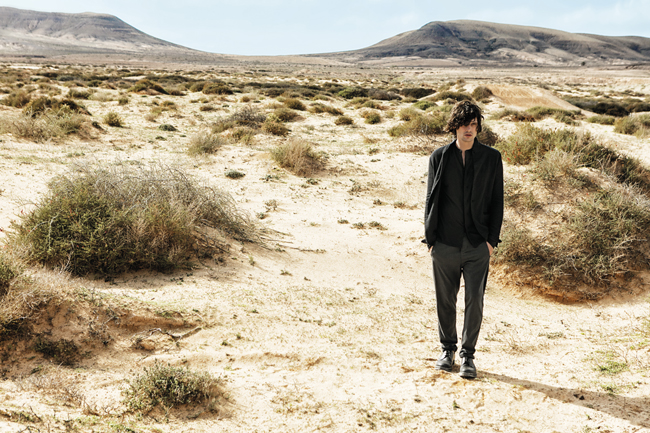 The dialogue between the trade-fair and top-notch fashion showrooms goes on with the initiative Friends of WHITE, an international exhibiting project born in January 2017, whose protagonist is BaltimoraStudio with The Alphabet. 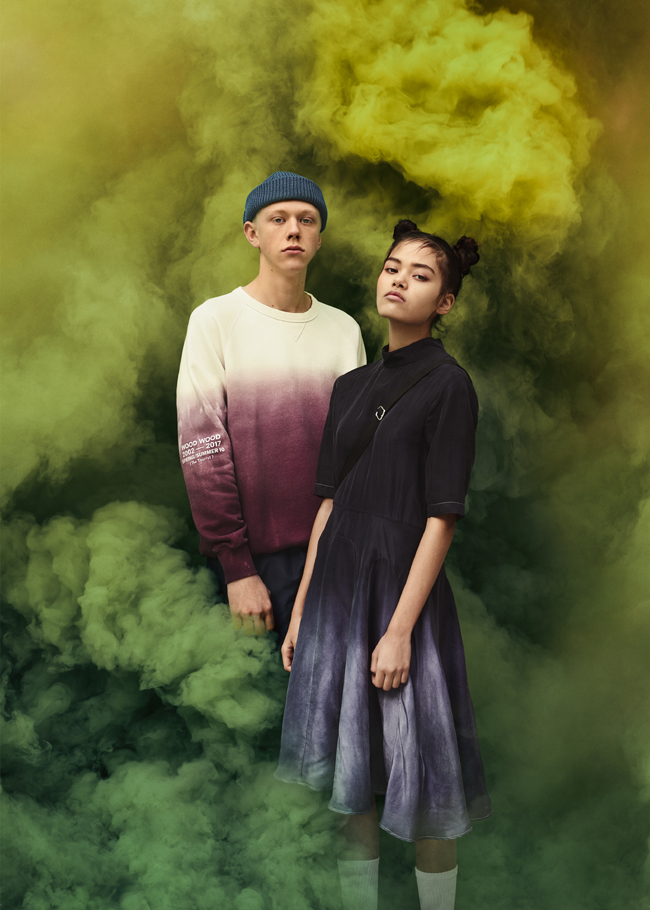