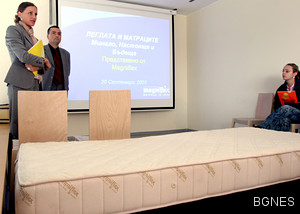 American scientists are advising us not to be afraid of bad dreams. According to their research bad dreams are not so bad for our emotional state at all. In fact they help us cope with the negative emotions and fears from our day.

Most times bad dreams overtake a little before dawn, during the so called REM (rapid eye movement). They are usually provoked by a large amount of emotions felt during the day and they allow us to set them in order while we are sleeping.

American scientists advise is to distinguish bad dreams from nightmares which wake us up during the night, feeling fear and uneasiness. According to their data, 85% of people dream nightmares rarely enough - once or twice a year. BGNES
Hits: 8978 | Leave a comment