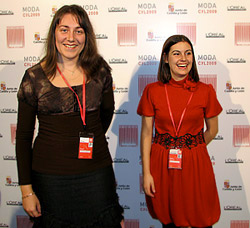 In her new collection, the designer recalls the spirit of the 30’s that emerged during the Great Depression and draws an analogy between the old days and the present time. Originality in the selection of fabrics, stress on the feminine shape and wild range of accessories give her collection sophistication and simplicity, linked to serve imagination.

The power, discretion and variety of the designs, that for the first time were within reach of the mass public in the 20’s, proved they were here to stay and become the symbol of the image used as a personal, social and professional recourse. Those days, women led fashion’s value not only in the household but also in the public or working scene, bursting with femininity among the great icons of the 20th Century.

Esther Noriega has created a collection that accentuates the figure, making the woman more feminine, with a touch of refined elegance. The collection is based on tight dresses made of many different light fabrics, such as cotton, silk, cashmere, brocades, chiffon, embroidered linen and organza. Printed fabrics prevail in the collection. 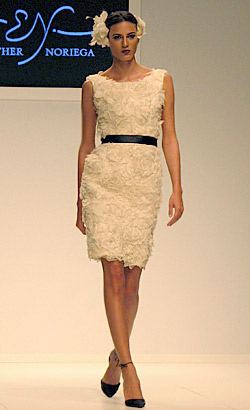 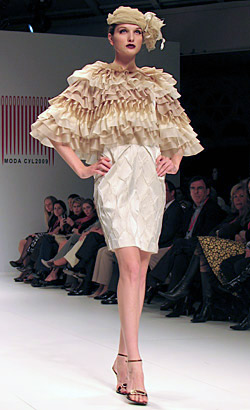 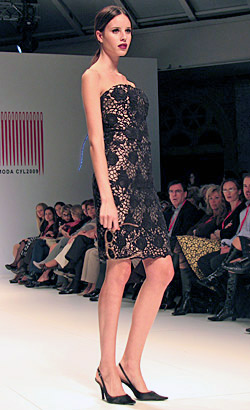 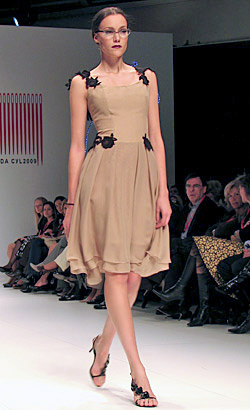 The two main points of the collection are fabrics cut on the cross and low-cuts in the front and the back that stylizes the figure, creating a focus of attention. This way, Esther Noriega seeks to emphasize on the women body by insisting on their shapes in opposition to the extreme thinness, which is so common in the international catwalks. 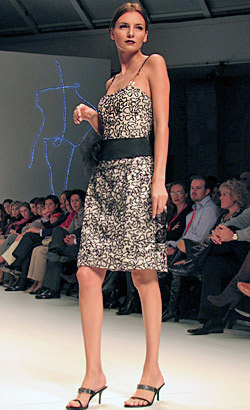 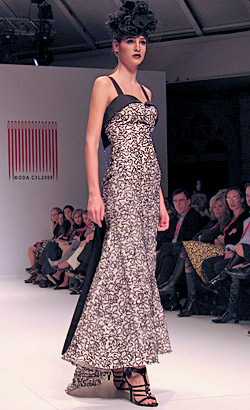 Originality in the selection of fabrics, stress on the feminine shape and wild range of accessories give Esther Noriega’s collection sophistication and simplicity, linked to serve imagination. 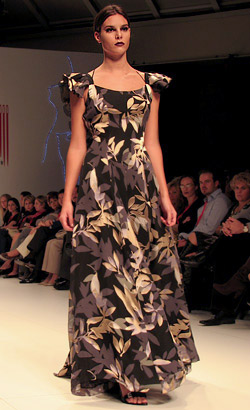 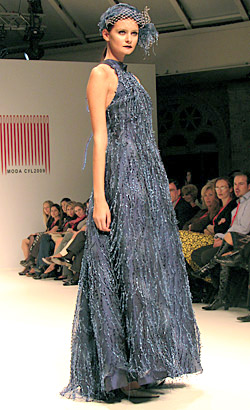 Esther Noriega has counted on the invaluable collaboration of the renowned milliners Pablo y Mayaya. They have given the collection an artistic touch thanks to the hand-made headdresses inspired in the 30’s. These headdresses enhance the dresses, which gain special prominence. The milliners, from Valladolid, have used traditional hat materials combined with some of the fabrics Esther used in her collection, feathers, flowers and other materials. 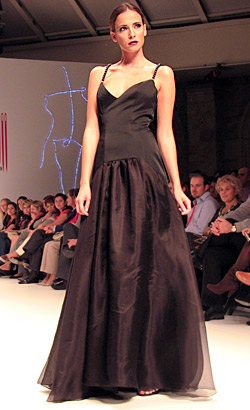 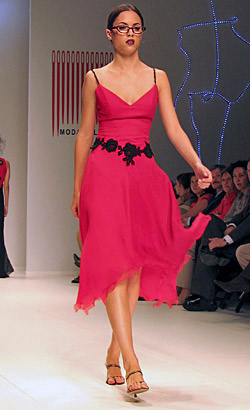 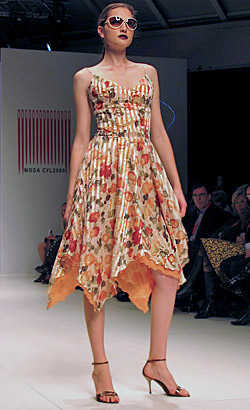 Besides, the shoe and accessories designer Rocío Mozo, also from Valladolid, has lent from her new collection handbags that blend together with the style Esther Noriega has given to her collection. The whole is combined with a selection of sunglasses, lent by the optician’s B&B, established in Valladolid. 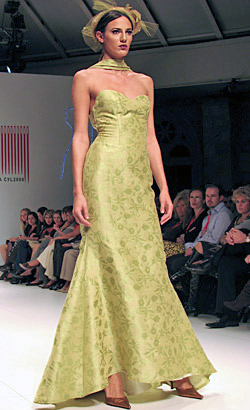 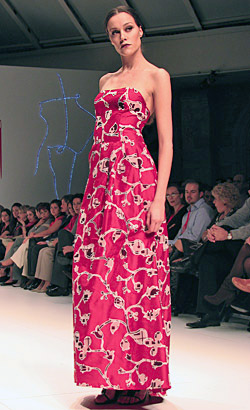 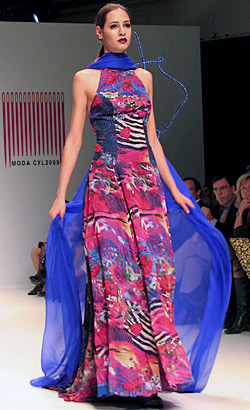 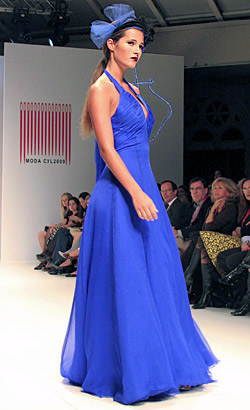