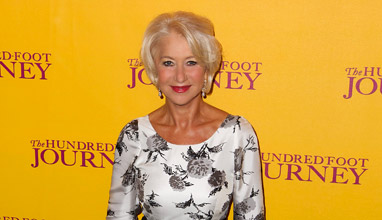 The British Style Award will go the 'individual who most embodies the spirit of British fashion and is an international ambassador for London as a leading creative fashion capital'. The most stylish celebrities for 2014 according to Vanity Fair

The ranking of the best dressed celebrities in 2014 will be presented in the new issue of "Vanity Fair", but the winners are already known. The celebrities are divided into several categories. In the ranking, which consists of 59 people, you can find singers, actors, producers, athletes, journalists and others.

Orange is one of the hottest Spring-Summer 2014 colors.
For example English actress and model Emma Watson was wearing a stylish black gown combined with fresh orange lipstick for the 'Noah' movie premiere (26 March 2014, New York).
But of course everything began from the catwalk...

The 71st Golden Globe Awards, honoring the best in film and American television of 2013, were broadcast live from the Beverly Hilton Hotel in Beverly Hills, California, on January 12, 2014, by NBC.
Reese Witherspoon, Taylor Swift, Amy Adams and Amber Heard did attract the attention with high-waisted bare shoulders dresses but in different colours. Emma Watson at the GQ's cover

Michael Douglas appeared at the ceremony of the awards Men of the Year of GQ magazine in London.

The Harry Potter star has designed for People Tree, modeled for Burberry and is current face of Lancome.

The beautiful movie star Emma Watson - who has been in the spotlight since she was 10 - has been crowned a Style Icon at the Elle Style Awards.

She did admit, however, she has "been feeling the pressure a bit more recently" to look good. The 20-year-old actress received her Style icon award from Vivienne Westwood, who admitted she had no idea who the Harry Potter actress was.

Emma Watson will work on a collection with Alberta Ferretti

The duo have chosen as their muse 60s icon Jane Birkin, she of the namesake bag and classic androgynous style.

Gwyneth Paltrow, Victoria Beckham, Liv Tyler and Emma Watson were among the stars who watched the Burberry show at London Fashion Week

The event closed the womenswear previews, and attracted a host of famous faces from Hollywood actresses to legendary photographers and famous magazine editors.

The show marked Burberry's first at London Fashion Week for 10 years, with the brand deciding not to show in Milan as usual to help celebrate the 25th anniversary of the UK capital's fashion week. 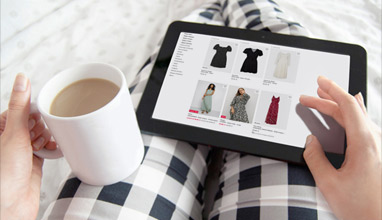