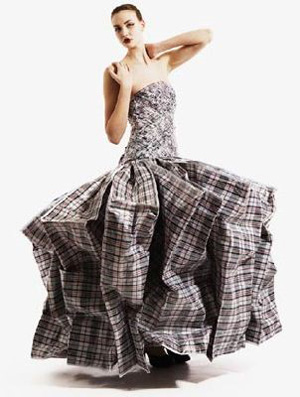 If you're looking for new ideas on what to do with your rubbish before rubbish removal, consider this recent news story! The ninth annual Festival of Arts Runway Fashion Show, part of the Laguna Beach Festival of Arts, was held August 12, 2017. If you're conjuring up mental images of silk gowns and expensive fancy lace, think again! At least eighty percent of materials for each outfit worn at this fashion show must be made from recycled, reclaimed, or reused materials! The fashions are created by artists with a great deal of creativity and the crowds this show draws includes people very passionate about saving Planet Earth.

In 2016, one gown was made out of eight thousand feet of old VHS tape, rather than putting this outdated unused tape into the rubbish removal pile. Dubbed the "Golden Romance" by the creator, this beautiful dress took home the Most Glamorous & Elegant Red Carpet Worthy award. It was truly spectacular! Another popular outfit was made entirely out of rubbish collected from the beach and a rubbish bag which the artist said was exactly what we should all take to the beach to help keep our beaches clean! In the 2017 show, one gown was made out of paint chips the color of the sea. It was created by a ceramic artist named Mike Tauber who prefers this palette of colors so the gown was literally made from his rubbish pile. As the Americans would say, it was trash turned into treasure!

The event was hosted by the actress Kate Flannery and drew thousands of people, including about two thousand people from the fashion industry. Hopefully, the seed has been planted and the fashion industry will become increasingly interested in raiding rubbish removal piles for materials. Unfortunately, most of the clothes we buy ends up in the landfill. In the United States alone, thirteen million tons of discarded clothing goes to the landfill, according to the United States Environmental Protection Agency (EPA). In fact, each American throws away on average seventy POUNDS of clothing per year!

Currently, the fashion industry is one of the most polluting industries in the world. However, this could all change if more clothing were reclaimed, repurposed, and or made from recycled materials. One company dedicated to seeing this happens is Clearabee, an English company that specializes in rubbish removal. However, instead of taking the rubbish they pick up to the landfill, Clearabee uses technology apps and an amazing database they've built up over the years to locate places that will upcycle and recycle the clothing.

Most people don't realize it but most clothing on the market is full of toxic chemicals. These toxins are in the dyes used to color the clothing and also in the fibers to reduce wrinkles, guard against stains, and in some cases, block out sun rays. Unfortunately, when people put clothes in their rubbish removal bins, these clothes get taken to the land fills where the toxic chemicals leach out into the ground water and end up in the streams and other waterways. Greenpeace has been campaigning hard for the apparel industry to no longer use these toxic chemicals and they could use some help in getting this message across.

The Festival of Arts Runway Fashion Show is a great start to draw public awareness to the problem created when we discard clothing instead of repurposing it and using non-toxic recycled materials to create new clothing. It would be beneficial to follow in the footsteps of Clearabee and attempt to repurpose as much as our clothing as possible. One idea is for student clubs and civic organizations to hold smaller scale fashion shows much like the Festival of Arts Runway Fashion Show, or perhaps focusing more on repurposing old clothes, i.e. transforming old clothes into new fashionable outfits.

Clearabee intentionally delivers clothes to weigh stations that will then give these clothes to shops for repurposing. If the clothes need a repair, they have people on staff who know how to mend holes, fix zippers, find missing buttons, and even remove stains. It would be useful to encourage kids and teens to shop at the stores that take the garments from Clearabee. Perhaps contests could even be held to use these stores to put together a whole new wardrobe for school clothes in the fall. The students could take a pledge not to buy new clothes but rather to repurpose old clothes, just like the vision of Clearabee!