For the creation of the Spring/Summer 2010 collection Jean Paul Gaultier took inspiration from the Aztecs and the 'Avatar' movie. “I saw 'Avatar' and, like everyone, found it extraordinary. And from there, I began thinking of nature and ecology, and the Latin American tropics and from there it was not very far to Mexico,” explained Jean Paul Gaultier after posing for photos with the Ukrainian actress Olga Kurylenko. 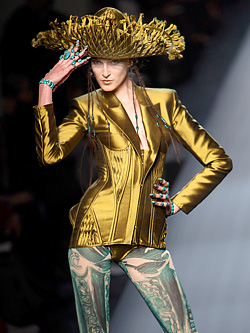 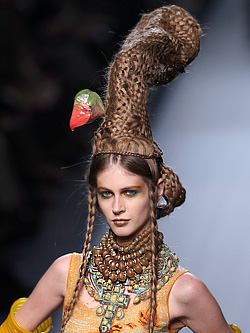 The collection includes the trade mark of the designer - a conic bra that he created for Madonna during the 90s. 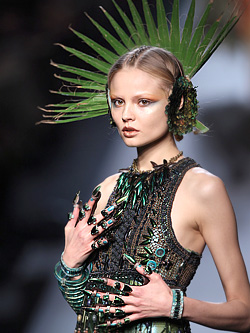 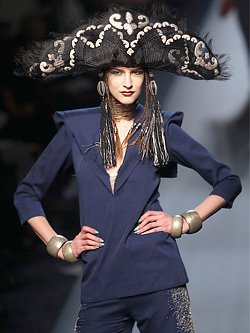 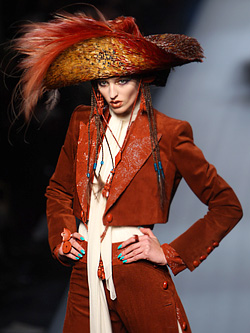 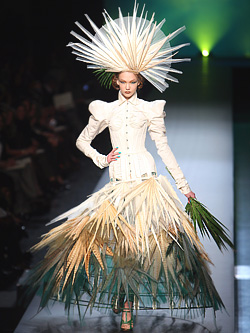 The collection includes remarkable dresses with a lot of hand-made embroideries and applications, decorations of feathers and palm leaves and leather bags that looked like they really were made of coconut leaves. 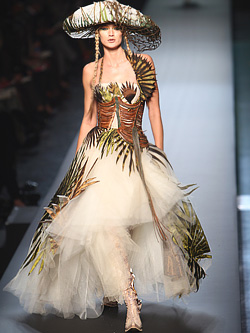 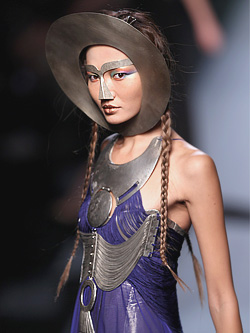 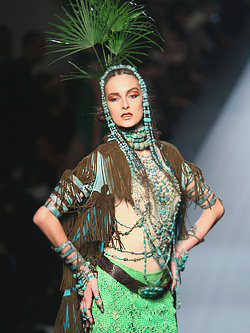 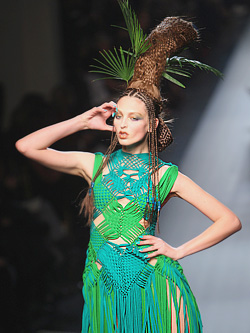 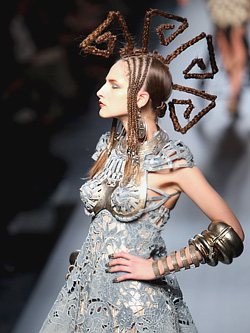 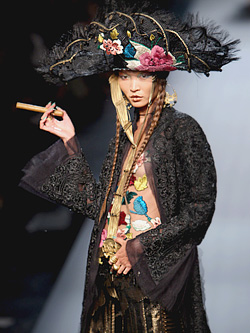 The show finished with French-American chanteuse Arielle Dombasle singing a Mexican aria on the runway while Gaultier took his bow to cheers. 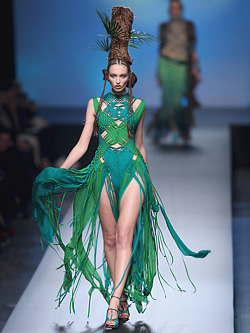 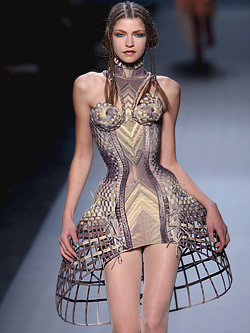 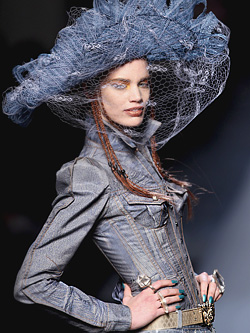 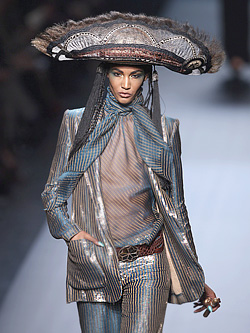 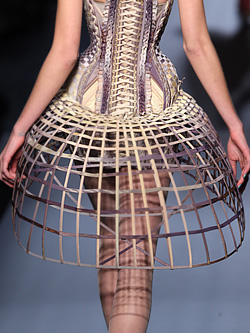 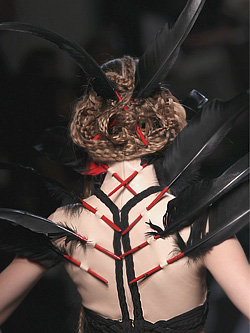 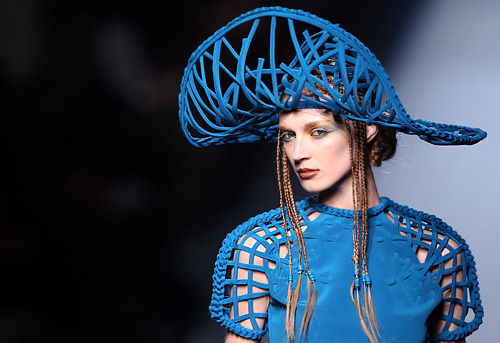 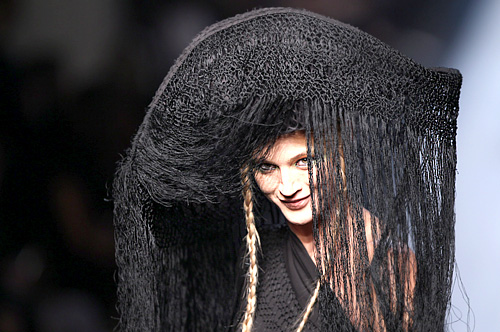