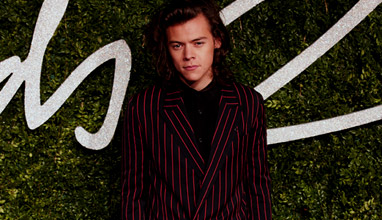 Harry Edward Styles is an English singer and songwriter, born in Redditch, Worcestershire, England, in 1994. He is best known as a member of the boy band One Direction. The boy band has a huge success - it's first single 'What Makes You Beautiful' debuted at number one on the UK Singles Chart, and has since sold over 5 million copies worldwide, making it among one the best-selling singles of all time.

The former Pussycat Doll has been busy creating a new clothing line for brand Missguided and fashion fans will be delighted to hear that it's almost here.