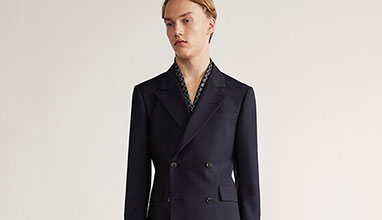 Stockholm’s Filmhuset forms the backdrop for the Tiger of Sweden Fall/ Winter 2018 collection. Alongside the rolling fields of Gardet just next to it, the building stands out against the sky with its radical architecture. Some would call it brutalist, we would rather describe it as humanist. However it is what goes on inside this building that truly matters. It was built as a haven for the art of film-making, filled with cinemas, production companies, costume rooms, a library, set-designs, studios and more. 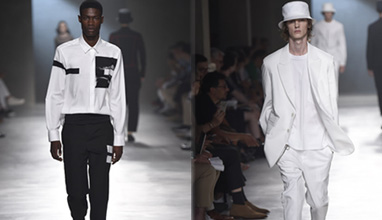 For the first show in his new industrial Milan digs and the final installment in a trilogy of collections nodding to his musical youth, Neil Barrett stripped back to his essence with an homage to Nineties minimalism. 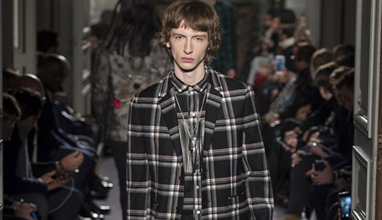 Adventure as a self examination. An on the road journey to discover and to share. Maria Grazia Chiuri and Pierpaolo Piccioli undertake an aesthetic exploration of empirical authenticity for the new Valentino Men’s Collection. Protagonists are individuals on a quest of self-discovery, that use books as a guide and stimulus to abandon dogmas and beliefs, combined in an eclectic nucleus, filled with nuance. 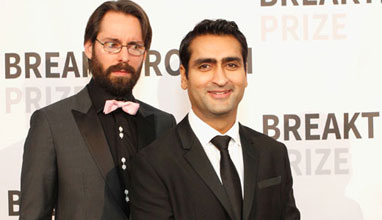 Fashion on the red carpet

The men's suits at 2016 Breakthrough Prize Ceremony in San Francisco

Looking at the photos some people may think that there is nothing to talk about men's suits on the ceremony.

Classic coats and functional pieces mixed with elements of regalia. English lace and floor-length satin dresses with leather biker jackets. The Rucksack, regimental tailoring and The Belt Bag in oblong and square. Capes and weatherproof silks are practical and protective. 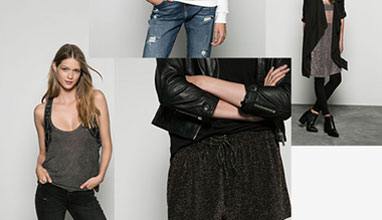 Fall Winter 2015 at Bershka features a young, casual collection with an urban feel, where the richness of the fabrics and details on the finishes of the clothes will be the common thread of the season. The use of materials is reinvented, enriching them with new finishes such as the worn leather effect or stamped suede, as well as the return of more rustic materials such as velvet and woollen fabrics. 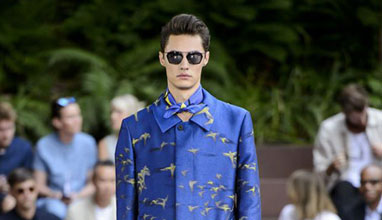 ISSEY MIYAKE MEN presented its SPRING SUMMER 2016 Collection at Mus?e du quai Branly. Tokyo and Mexico, two cities full of life where nature collides with the urban on every street corner, form the inspiration for the collection. This season, the man is an urban animal for whom the city is a colorful second nature, interacting with the rest of the world. This collection will appear in shops in early December 2015. 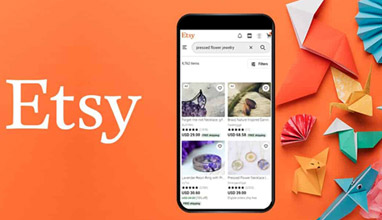