What is the face of London? And the face of Tokyo? New York? Milan? Berlin? Paris? In a brand new United Colors of Benetton global campaign, the face of each model is a partly analog, partly digital combination of all the features found in the six fashion capitals of the world. 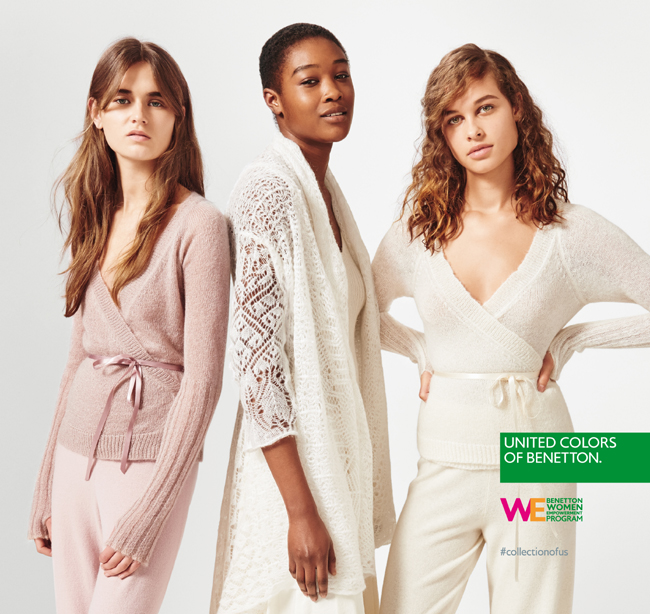 United Colors of Benetton started by investigating the ethnic make-up of each capital, with interesting results. Using statistical demographic analysis from a number of population information sources, incorporating international data as well as city-specific census reports, in order to most accurately reflect the proportion of each city’s specific racial mix. For example, Asians are the second largest ethnic group in London after the Caucasian. In Milan the Filipinos and the Egyptians are the most populous foreign communities. In New York, half of the population is either black or latino, and only 5% of Paris’ foreign residents come from Africa. 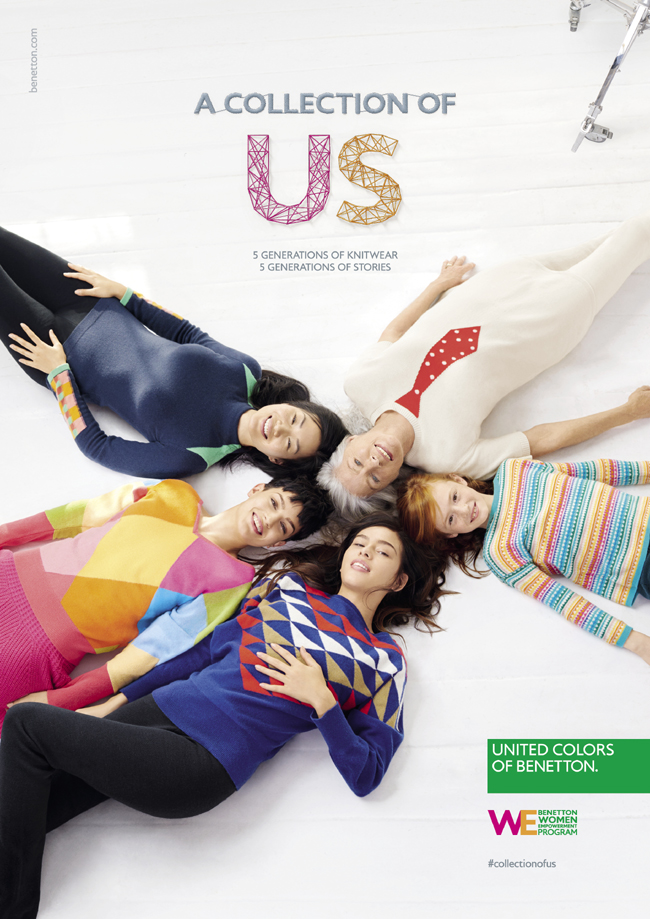 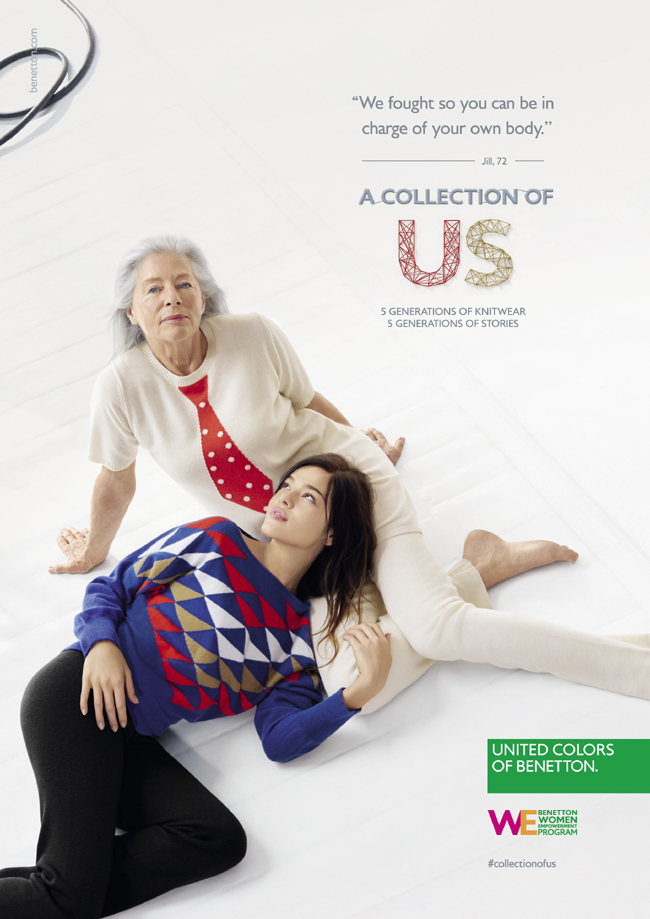 For each capital, United Colors of Benetton moved from research to photographing a group of women that, considering their facial traits, could represent the city’s mix of races and cultures. Then all the portraits were combined thanks to an advanced algorithm ensuring that the proportion of each ethnicity was reflected through features such as skin tone, the shape of the eyes and nose, hair type and color, as well as overall face shape. 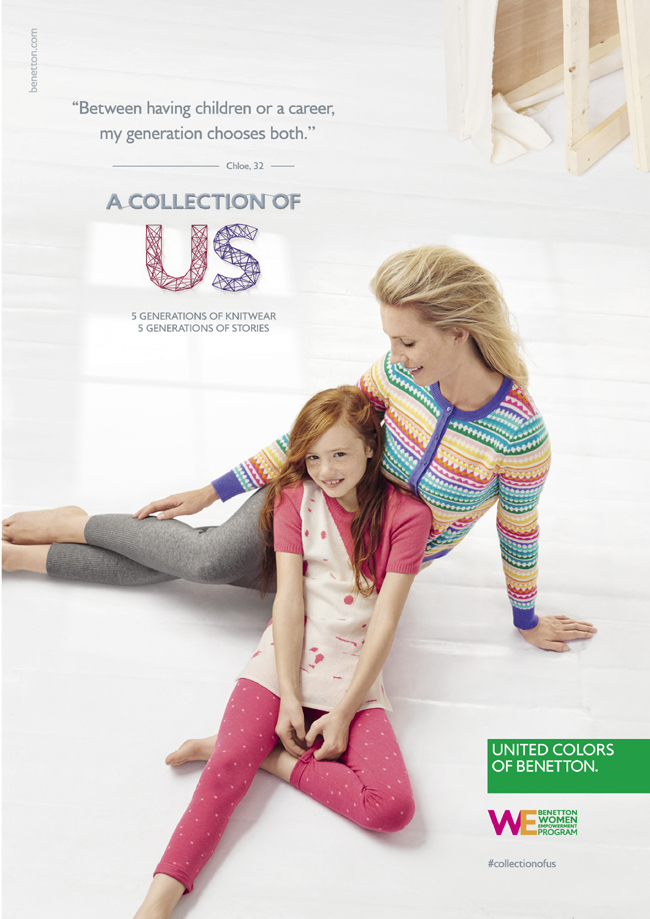 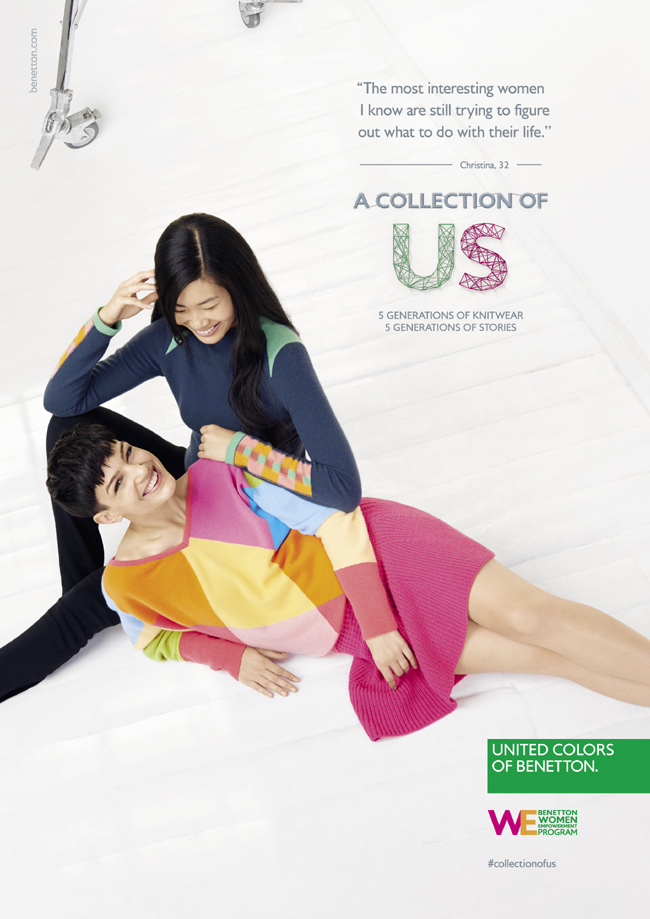 The resulting face for each city was then composited it into the final image, giving life to the capital’s ideal resident. All together, the six faces are stunning portraits coming from a world in which the melting pot, so revered in thirty years of Benetton’s images, has finally become the norm. Surely a software may have helped to reveal it, but there’s little space for doubt: that world is finally here and diversity is even more beautiful than we imagined it to be. 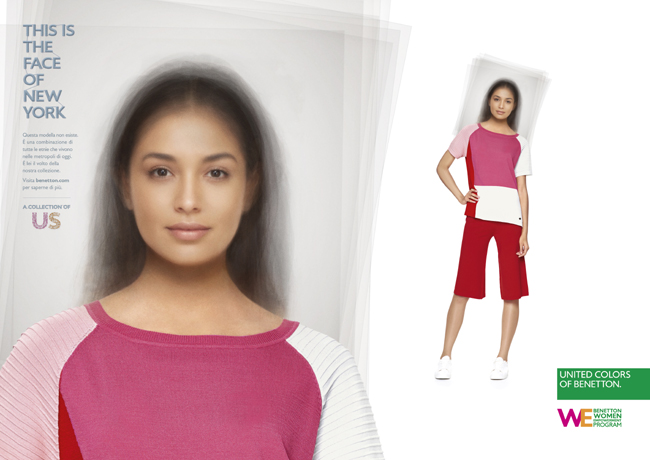 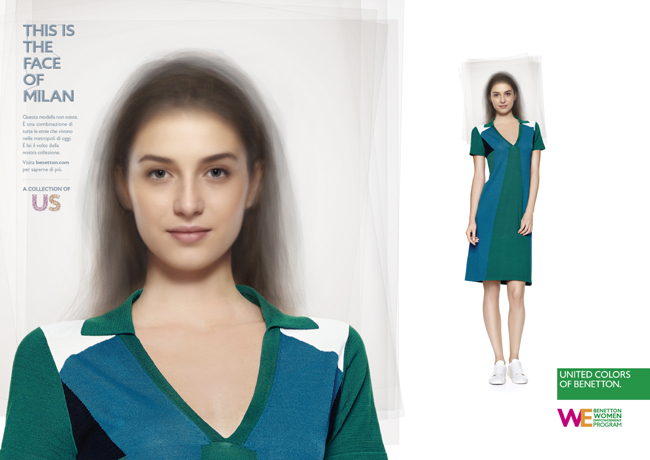 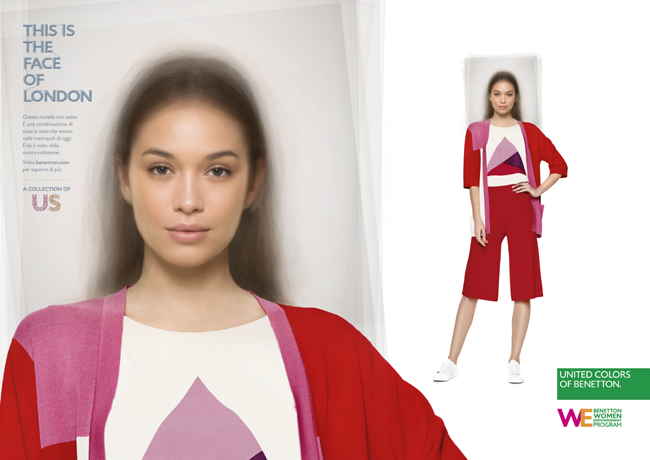