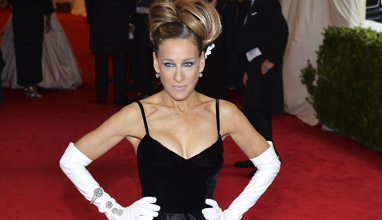 Sarah Jessica Parker with an award from the fashion industry

The actress Sarah Jessica Parker will be awarded with "Honorary Image" for her successful and creative work in the fashion industry.

To all 90s lovers - Dungarees are back! From Alexa Chung and Pixie Lott through Street style to catwalks during the London Fashion Week, this 'important childhood element' is reborn in variety of styles - from the classic faded denim to cute printed pinafores.
If you want something comfortable and practical but in the same time stylish and modern dungarees are the perfect choice!

Cameron Diaz with own collection

Designers and celebrities are embracing the 70s styles and trends

Sarah Jessica Parker and Kylie Minogue are among a host of stars who have found their inner 'hippie chick' by embracing the styles and trends from the 70s.

This season's catwalks are dominated by the decade's iconic styles and trends, including maxi dresses, mini-skirts and hot pants, with designers Marc Jacobs and Rebecca Taylor basing collections on the stylish 70s.

The story of Manolo Blahnik began in 1973 when he created his first collection for Ossie Clark - one of the most famous fashion designers in Britain.

Soon after that, Manolo became famous and opened his own shoe shop in the heart of London, which exists to this day and almost 40 years attracts thousands and thousands of admirers of the great shoe "wizard".

The 'Sex and the City' actress is in talks for a major endorsement deal with the American fashion house, following her previous contracts with Garnier and Gap, according to reports.

US website E!Online claims: "Not that we need any proof of Sarah Jessica Parker's status as a true fashion icon, but we're hearing she's in talks for a major endorsement deal.

"A source reports that the 'Sex and the City' star may be the new face of revived American fashion house Halston."

Sarah Jessica Parker wears a necklace worth almost $200,000 in the new 'Sex And The City' movie

The 44-year-old actress, who plays fashion-conscious Carrie Bradshaw in the film sequel, has been seen wearing the Solange Azagury-Partridge piece on set.

Us Weekly magazine reports: "The necklace is worth $198,200. That's more than the median home price in the United States of $180,100, according to the National Association of Realtors."

The film's fashions have already caused raised-eyebrows, with the foursome pictured in a series of garish 80s-inspired outfits while shooting this week. 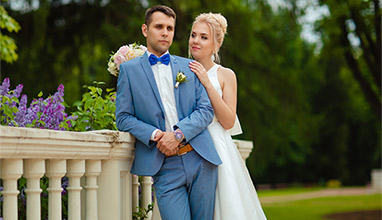