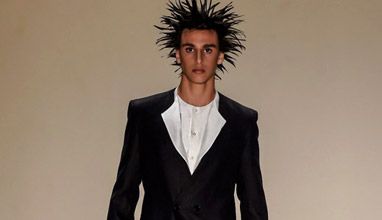 'I've spent so much time making elements of the women's clothing appropriate for men's fashion, that I've realized that what I want is to remove the feminine and masculine aspects from my fashion', said brand's designer John Pepper. 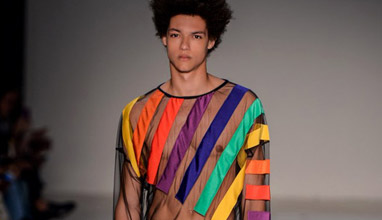 This year, during the 39th edition of São Paulo Fashion Week, Brazilian label Amapô presented its Spring-Summer 2016 collection full of colors, energy and 80s style, combining references to Barbarella, Miami, aerobics and David Bowie. One really interesting mixture for both girls and boys! 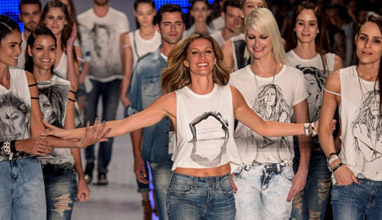 Definitely, Gisele Bündchen was the topic of the evening - she announced her official retirement from the catwalk. After more than a dozen fashion shows with Colcci, 34-year-old Gisele chose her last event as a runway model to be the same one, where she made her debut 20 years ago. 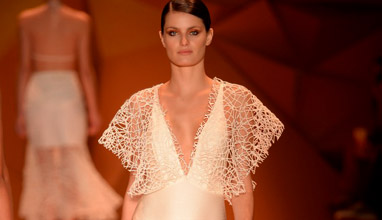 Mexican style for Spring-Summer 2015 by Lolitta

Brazilian brand Lolitta made its debut at the Sao Paulo Fashion Week on April 3, 2014 with its Spring-Summer 2015 collection and earned professionals' approval.
The collection is Mexican-inspired and presents ethnic patterns and hot colors.

Inspired by the tropical island Bali and the Brazilian culture and heritage, Animale Spring-Summer 2015 collection is light, floral, embroidered, feminine and draped and was presented in Brazil during the 37th Sao Paulo Fashion Week.

São Paulo Carnival has already chosen its champions. Vai-Vai samba school was announced as 2011 great winner with the samba theme presentation "A música venceu!" (The music won), which celebrated the life and career of a renowned brazilian maestro, João Carlos Martins.

On friday 11th, Vai-Vai and other seven Carnival winners will present again at Sambadrome in Champion´s Parade.

Carnival in São Paulo: where the world meets Brazil

Carnival in São Paulo is one of the biggest in Brazil. The largest city in Latin America organizes the most important Brazilian cultural manifestation full of creativity and beauty.

Five nights of parades for almost 120,000 people singing together at bleachers, showing their joy and way of life.

Milan has ended New York's five-year reign as the world's top fashion city, while Hong Kong and Sao Paulo have sashayed into the top 10, according to an annual survey of top fashion cities.

The list was compiled by the Global Language Monitor, a US based non-profit group that tracks the frequency of words and phrases in the media, on the internet and throughout the blogosphere.

The world of fashion is dominated by five cities - New York, Rome, Paris, Milan and London - but New York had led the list for five consecutive years